*This article is about sexual assault/harassment etc. It also has a lot of gifs. You’ve been warned.

Like everyone else out here, I’m reeling with reports of perfectly nice guys—guys who have some awareness of social inequality, who consider themselves allies to women—perpetrating shady behavior on their so-called allies. Aziz Ansari definitely ruined my day, and I shook my head when I saw Justin Timberlake’s tone-deaf Instagram post before heading to the Golden Globes with Jessica Biel: “Here we come! And DAMN, my wife is hot! #TIMESUP #whywewearblack.” I mean, come ON, guys. 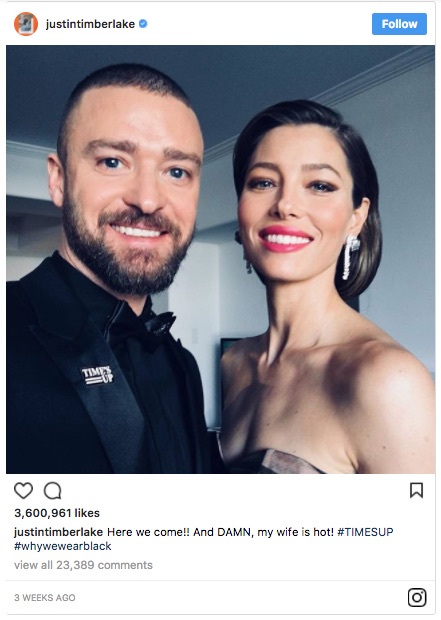 But I get it. They’re nice guys! They’ve never intended any harm, so they are pretty sure they’re in the clear. Guys like Aziz, I would hazard to guess, haven’t always been super popular with the ladies—at least until he became mega famous. Making out is new! (You stick your fingers down her throat, right?) Guys like Justin Timberlake have probably been handed several medals during their time of being attractive and—get this—reasonably polite to women. Wow! What a hero.

It’s easy to hate the Harvey Weinsteins of the world. Some guys are just drunk on power and take advantage of people because they can. Others are the hurt people who hurt people, the ones whose pain won’t go quiet until they inflict it on someone else. I suspect, however, that our nice guys have simply never considered how the very systemic oppressions they are protesting might have affected them. Many dudes are vaguely aware that sexism has been a thing, and that a lot of women have suffered from it. Of course, they’re against that. They’re nice guys!

But men don’t always think about the ways in which patriarchy is toxic to their own hearts, souls, and relationships. We don’t always consider how damaging it is to be told from a young age—to be shown, in movies and TV—that men must not express emotions, that they must be powerful and rich, that they must always want sex, that women like to be pursued, that no sometimes means yes. Justin was trying to compliment his nameless wifey. What has he always been told women want? To be seen as hot and to be someone’s wife. He was trying to be supportive! Where would a nice guy find out that some women like having names and qualities that go beyond their sexual desirability? Not from Hollywood, that’s for sure.

It was a nice guy who assaulted me. He was the awkward one of the friend group, the quiet nerd who didn’t know how to talk to women. He was one of my best friends, and I thought I could trust him to the end of the earth. His passivity and neediness made him seem safer than the jerks I’d dated before (though they, at least, made their intentions abundantly clear). When he revealed his feelings for me, however, suddenly we were on a balance sheet. He’d put in so many hours as a friend listening to me complain about the jerks I’d been dating that I now owed him sex. I didn’t want to do that, and he pointed out that since I gave it away to just about anyone, I might as well give it up to him, a nice guy for once (because slut-shaming is such a turn on?). I kept saying no and he kept pursuing. I kept saying no until he eventually got what he wanted. It was gross. It also messed with my whole concept of the way the world works and I still don’t know what trust means, okay? 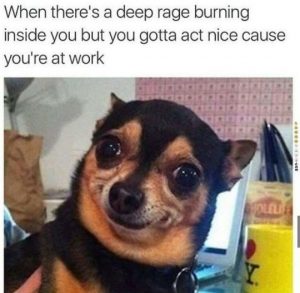 It’s much easier when someone breaks the law so we can lock him up and call him a monster. It’s confusing when someone with good intentions treats us like a vending machine (they put the money in, just like the thing said, and get frustrated when their snack is not forthcoming). The nice guys mess with our sense of right and wrong because they reveal the complications of living in a system that we all participate in, no matter how good our intentions are.

We all live within capitalist patriarchy with a history of white supremacy. Men didn’t grow up in a racist misogynist vacuum. We all did. This is our culture, this is our society. We all have to figure out together how to unlearn the really really bad lessons we’ve learned about how to treat each other (perhaps some more than others). Men are far more frequently the perpetrators of violence against women, but women are a part of patriarchy, too. We protect our men when they do wrong. We abandon our daughters when we see them hurt because we don’t feel powerful enough to change anything. We don’t believe other women because we really really don’t want what they said to be true. We don’t like it when people name a bad sexual experience as a trauma because we don’t want to be confronted with the possibility that we’ve had more trauma than we’re willing to think about right now, okay? The first person who ever touched me sexually while I said no was a woman (Well, a girl. We were about 12. Yup—it was at church camp). We’re all breathing toxic air, here.

And it is getting better. Having this conversation is so powerful, and the upsurge in writers and directors who are women and people of color means we might start to get some nuance in the boring old stories we’ve heard a million times. I feel very hopeful about all this. At the same time, however, we must also get better at looking at our own behavior critically and having compassion for ourselves and each other when we don’t get it. Learning a lesson is hard, but unlearning the things we’ve taken for granted all our lives is really REALLY hard. Men have had an awful lot of power for a really long time, relatively speaking, but they haven’t necessarily had a lot of opportunities or invitations to think critically about that. They may not have done a lot of, like, “Hmm, let me investigate my shame and self-worth and WHY I think women owe me sex.” Some men (and women and others) are doing that. Some are taking this opportunity to ask themselves those very questions, and that’s hard work, and it’s vulnerable and it’s brave. Really, we should all have to do that work (that work should be mandatory) but our culture does not want us to do that work. Our culture wants us to BUY things. And yeah, it’s way easier to buy things than to think about our feelings of shame and self-worth!

So we’re angry. Of course we are. Women are angry because it sucks to be treated like a vending machine. Queer, trans, and non-binary people are angry because we all have the right to walk down the street minding our own business and not be murdered because of who we are. And men should be angry, too, because patriarchy insists on a sense of self-worth wrapped up in money and power but has no time for the delicate and messy work of feeling your feelings. It’s not the same anger, not in quality or degree, but it’s all infuriating and there are a million other reasons to be angry too and it all needs to change.

Anger is important. It matters. But anger is also uncomfortable, and it scratches that itch to load our anger onto monstrous men, punish them, and send them away. The nice guys confuse us because they are everywhere. They are our friends, our boyfriends, our brothers, lately, even our role models. They are a product of the same system that we are also a part of. They’re not monsters. We want so badly for them to be “them.” But they aren’t. They’re us.

Change doesn’t happen without work. Of course, there should be consequences when we do wrong, and we shouldn’t always forgive, forget, or trust. But we should also have the chance to learn from our mistakes. We need to be able to express and use our anger as an agent of change rather than an agent of hate. We should be able to talk about what healthy, consensual sex looks like without feeling like idiots because we didn’t actually really know what healthy consensual sex is supposed to look like. Men have been taught they must always desire sex regardless of what their bodies tell them and that they must pursue women at all costs. Women are taught they must never show (or feel) their own desires, that being fuckable is the pinnacle of self-esteem, and that our two options when we’re approached are submit or resist. No wonder we’re confused. Where have we ever seen models of healthy, consensual sex? Certainly not from Hollywood.

It’s okay that we’re confused. We’re working on it. And as we do, maybe we can keep a cautious window open on our compassion so we all have a chance to learn from the past and do a little better for the future.

via GIPHY This doggo believes in you.